Album of the Week: Cale Parks "To Swift Mars"

Side projects are not rare in rock music these days.

The obviousness of the preceding statement renders the truism practically the definition of banality, but even so, we call truisms such for a reason.

And even though side projects themselves are ubiquitous, most of the time they are the outcome of extra artistic efforts by frontmen and lead guitar players, especially when the consequent album is released under a single individual's name. It is still pretty rare, as the oughts turn into the teens of the twenty-first century to see a drummer as the responsible party behind such work. 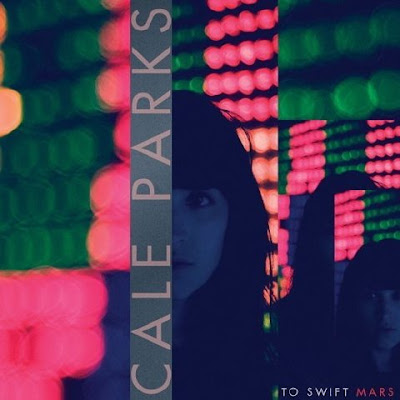 Yet that's exactly what Cale Parks, better known for his role behind the kit (as well as on the keys) in vagabond indie rock troupe Aloha. I say vagabond, as it is hard to pin down the actual geographic nexus of the Aloha, with band members operating out of towns all over the eastern seaboard and home bases changing over the years from cities like Pittsburgh, Chicago, DC, Rochester, and ... wait for it ... Cleveland! (Side note: Did you know that? Because I sure didn't, at least not before I started doing my pre-review research for this album.

In addition to Aloha, Parks has achieved renown for his efforts in several other bands, including White Williams (another Clevo-connected artistic effort), Cex, Joan of Arc, Passion Pit, and a handful of others. Parks is so prolific, I'm tempted to drop hired gunslinger metaphors, though I'm not yet tired enough to get that lazy.

This week, Parks released To Swift Mars, actually his third solo effort (the first being 2006's Illuminated Manuscript and the more recent being 2008's Sparklace). Incidentally, this new album is out on Polyvinyl, a label that also releases Aloha's records and is starting to be pretty good to Cleveland this year, with upcoming shows by Polyvinyl acts including Japandroids, Asobi Seksu, and Loney Dear all to come. 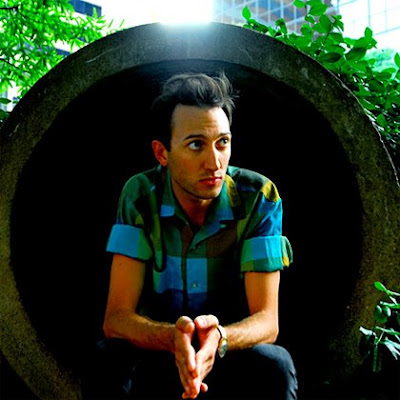 But I digress. Today's topic at hand is To Swift Mars, and it is an album deserving of commentary. This is a gifted album, one where the influences between Parks's work in both Aloha and White Williams are evident, as disparate as those efforts might be. The album itself is often much more "produced" than I prefer, but you should always judge something for what it is, not you want it to be, and as conceptualized, Parks has succeeded at crafting something special in this brief release. That being said, I would LOVE to hear an all or nearly-all acoustic version of this EP.

The album begins with "Eyes Won't Shut," a repetitive groove that is pleasant throughout, though everything clicks together wonderfully in the song's last ninety seconds. "Running Family" is more energetic, darker and driving, with Parks's vocal chops on display, all short-term vibrato and jaw exercises.

"Knight Conversation" is my favorite track off the album, with an intro that can't help but remind me every single listen of The 5th Dimension's "(Last Night) I Didn't Get To Sleep." I absolutely dig the keyboard intro and the feedback midway through. In all, the song is a tremendous duet, with a lovely alto female voice paired perfectly with Parks's smooth baritone.

The song is followed by "Crystal Air," a track that exhibits the patience Parks routinely brings to his work and that I most love about To Swift Mars, and "One At A Time," the track on the album that seems perhaps the most White Williams/Passion Pit-esque. The vocals are heavily touched up with effects and the production values are high, robbing it of any sense of organic development though at the same time moving the song form the realm of the traditional singer-songwriter category to something more complicated and accomplished.

The album closes with "We Can Feel It," the track which quite arguably should stand as the most reflective of the EP in its entirety and, not coincidentally, the track seems to feature the most complete marriage between Aloha's indie rock sound and Parks's other collaborations more electronic stylings. The track features interesting effects, including something delightful and akin to fish tank bubbles, and a perfect piano outro that makes me smile.

In all, Parks has continued his development as a solo artist and provided further evidence of exactly why his aforementioned gun-slinger skills are in such high demand by indie acts on their way up the ladder. 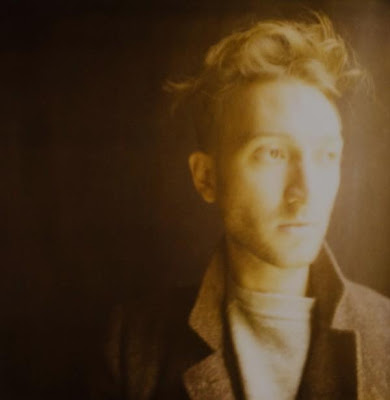 Check out the album, but more importantly, check out Cale Parks as he makes an appearance on Sunday, August 23rd, at the B-Side (just below the Grog Shop). Also on the bill are San Francisco/Brooklyn-based indie electronica group Lemonade.
Posted by CB at 5:05 PM