I've been to a fair number of gallery openings and exhibits over the last couple of years in Cleveland, and at a certain point the facts and faces, places and paintings start to blend together. For example, I can remember the location of the very first gallery I walked in to after moving here, but not the artist showing his work or even the name of the place. I can also tell you that I've probably popped my head into the local non-profit gallery space in the neighborhood I currently live in as well as the one I'm moving to next month at least once a month or so, but if you offered me a million dollars, I couldn't remember a single piece at either location that I've seen in the last half-year.

All this to say, when I do remember something, it is usually pretty special. And when I have visceral memories of shows and how I felt when gazing at piece after piece, well, you get what I'm saying. There have been a few such shows, most notably Dana Depew's All Things Cleveland/CLE- show, that have managed to lodge themselves somewhat permanently in my brain. Along with that show, another Asterisk-hosted exhibition was Arabella Proffer's solo show, "Private Empire: National Portrait Gallery of Kessa," in 2007. In it, Proffer created a mythical European kingdom and created a series of portraits that spanned fictional generations and married in the most delightful way punk rock fashion with historically accurate period design. My description hardly does justice to Proffer's work, so instead I encourage you to check out her online portfolio here.

Proffer is a vigilant and active artist, and since first being impressed by her Kessa show, I've noticed and loved her work everywhere, from a Thomas Kincaid-inspired portrait of a Browns fan in his dilapidated neighborhood to the portraiture featured at the Velvet Tango Room, and in group shows at places like Asterisk, William Rupnik, and Low Life - the three galleries in town that are doing the best curatorial work.

Cleveland is not the only place to take note of Proffer's talent, as she has shown her figurative work from coast to coast. This month alone, in addition to a group show here in Cleveland, she has work in gallery exhibitions in Pennsylvania, Maryland, and California. She's also part of a travelling exhibit that will be exhibited in numerous fine galleries, including a featured opening at Miami's prestigious Art Basel, arguable the most influential annual exhibition in the United States.

Proffer is also a prolific writer, as evidenced by her blog "Arty Farty", which probably helped my case when I asked her to participate in this Cleveland interview project I've been doing this summer. Her responses are as thoughtful, humorous, and occasionally biting as her work is, and once again, I'm pleased to introduce you (or remind you, for those of you already blessed to be in the know) to one of my favorite artists working in town. 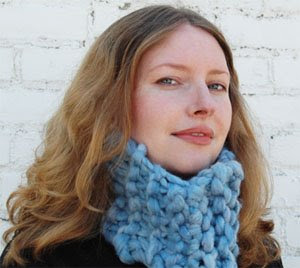 1) How long have you been in Cleveland? And if you didn't grow up in Cleveland, where'd you relocate from?

I’ve been here a little over 5 years; I relocated from Los Angeles. I’m still constantly asked when I’m moving back to California, and my family pretty much refuses to visit me here, so I like to think of it as my secret paradise -- that annoys me on occasion.


2) What is your favorite Cleveland memory?

Various art shows, getting loaded with friends, the Elephant Stone Records showcase we did at The Beachland, and my husband’s 40th birthday at Capsule where we played in a Jesus and Mary Chain cover band for the night.


3) How does (if at all) Cleveland influence your work?

I’ve lived in a lot of cities; I don’t think location has ever affected my work.


4) What would be your ideal Cleveland day? Or, to put it another way, if it was your birthday and your nearest and dearest were all willing to do what you wanted, what would your day be like?

Well, I’ve never been to the Thistledown racetrack before, so that would have to be added to the mix; I do almost whatever I want anyways -- birthday or not -- so The Velvet Tango Room is the perfect end to any evening.


5) Say you had a friend coming in for 24 hours and had never been to Cleveland before. What would you make sure they saw and did?

I’ve actually done this a few times, but it depends on the people. Some like museums and wine and some like dive bars and burgers. I usually will take people to Sterle’s Slovenian Country House on a Saturday, as it is a very “Cleveland” sort of place and people love it. A couple that came in from NYC for one day I took to Edison’s Pub, Bar Cento, Suite Lorain, and The Tic Toc Tavern.


6) What is something from another city you wish you could import to Cleveland?

Hop Cat brew pub from Grand Rapids; the Boris & Natasha clothing store from Charlotte; and Trader Vic’s from Beverly Hills (although it is has downsized and not the same as it was), Cleveland is seriously lacking in a proper tiki bar – which surprises me.

7) If you had the undivided attention of the mayor, city council, and county commissioners, what would be the one thing you'd ask for or tell them?

I ask why can’t we have a proper music festival that is actually thought out, funded, and marketed right. I mean really, what was that CMJ crap about? There are music festivals up in the mountains, in the countryside, and out in the desert -- yet we can’t have one that works here? Also, can I have one week without construction or a lone orange barrel sitting there in the middle of the street? That would be nice. To meet Arabella and check out her work yourself, stop by the William Rupnik Gallery this Friday for the one night only exhibition of "Oh, That Is Sooooo Last Year," the gallery's first group exhibition, which also features work by CB favorites Paul Sydorenko, John Ryan, Mallorie Freeman, BASK, Cleveland SGS, and Rupnik himself (along with another fifteen or so gifted artists). The gallery is located at 1667 E 40th Street in Cleveland. Check out the gallery's website here.
Posted by CB at 1:43 PM

Arabella is the raddest.